At TinkBird, we’re a recruitment firm specializing in the healthcare industry. Currently, we actively recruit for short-term and long-term positions in six states, including Florida, North Carolina, Pennsylvania, South Carolina, Tennessee and Texas. Cities in each state offer great events, attractions and personality. Here are six cities you should consider if you are a locum tenens professional.

With a population of about 2.5 million and attracting more and more people each year than any other destination in the world, Orlando boasts some of the coolest events around the country. Not only do they have Disney, but they have a wide and ever-growing economy that’s driven by a diverse range of sectors. Needless to say, there isn’t a whole lot of time to get bored in this city. Lonely for a day? Take a trip to one out of over 20 amusement parks Orlando has to offer, including Aquatica, SeaWorld Orlando or Universal. Hungry for something different? Orlando offers some of the most unique cuisine around the world.

Asheville possesses some of the coolest vibes a town could offer. If you are looking for a more laid-back but culturally rich city, this may be the right fit for you. Take a hike in one of the many parks or the Blue Ridge Parkway. Take a day trip to explore the Biltmore Estates. Go downtown and eat at one of the many amazing restaurants. Or just lay back and chill at a brewery like New Belgium or Sierra Nevada Brewing Company. No matter who you are, there is plenty for you to do in Asheville. This eclectic and hipster town is steadily growing in the healthcare sector so check out more about it if it interests you.

Located in Allegheny County and full of our nation’s history as well as affordable living, Pittsburgh has all the appeal of major cities without breaking the budget. Year after year, they are ranked as one of the world’s most livable cities by Forbes. There is an abundance of things to do and places to eat. Pittsburgh is also known to host some of the top medical facilities in the country, and in recent years healthcare jobs have been steadily increasing. This city has booming potential for physicians if you’re up to embrace those chilly winters and advance your medical career.

Ever imagined living in one of the most charming cities the South has to offer? Great boutiques, Southern food, miles of sandy beaches and warm weather … “Chucktown” has it all. Additionally, Charleston boasts some of the finest hospitals the country has to offer. So make your days off memorable and enjoyable by relaxing on the beach or taking a stroll down the famous King Street.

As the capital and largest city in Tennessee, Nashville has plenty to offer. Known for its music, charm and southern hospitality, Nashville offers attractions such as The Grand Ole Opry, Ryman Auditorium and the Country Music Hall of Fame. Nashville is built for lovers of country music and southern charm alike. Looking for a locum tenens or permanent position? Look no further! Nashville has tons of healthcare opportunities awaiting you.

Everything is bigger in Texas! As the capital, Austin is one of the up-and-coming cities around the country. Known for being a young city, it is also ranked as one of the safest. Feel right at home in Austin with plenty of things to do and places to visit. Austin is booming with outstanding medical practices such as Seton Medical Center and St. David’s Medical Center. Rich in history and full of youth, this city is home to over one million people and is proudly the youngest big city in the United States.

What are you waiting for? Although this only exemplifies six of the many cities TinkBird places, the opportunities are endless. TinkBird is here to answer. 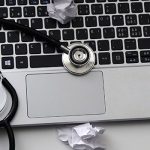