While physician salary can vary for a multitude of reasons, a lot depends on where you are practicing. Doximity recently completed the third annual Physician Compensation Report for 2019. The report yielded interesting results, analyzing physician density in different regions across the United States. In addition, the report compares increases and decreases through these regions as they relate to the physician density.

Roughly 90,000 doctors across the US contributed to this report to help piece together the data. The highest national average annual salary for medical specialty was neurosurgery at $616,823. The pediatric infectious disease specialty remained the lowest average salary in the country at $185,892. As far as employment type goes, single-specialty groups are compensated the most with a $377,414 average. The lowest is academic, which dropped 9% to $307,180. This was the most significant drop in any employment type. The biggest average salary jump was with the industry/pharmaceutical field, which leaped 17% to a $337,547 average.

Through these findings, along with additional research, we developed a list of the top ten paying states for physicians in the United States. All ten states fall above the national average salary for a physician, which sits at $313,000.

Indiana’s average wage for a full-time physician sits at $322,000 per year. The Hoosier State is home to several nationally ranked hospitals, making it an excellent place for physicians to practice. Indiana is also the third most affordable state to live in the country.

The state also hosts several well-regarded medical schools. Two of the better-known institutions are Indiana University’s School of Medicine and the Osteopathic Medical School at Marian University. The Indiana University Health Hospital Network is one of the best in the region and has campuses throughout the state.

The city of Atlanta came in at number seven on the report in terms of metro areas with the highest compensation. The city also experienced an 8% growth in compensation from 2017 to 2018. Physicians here make $362,267 a year on average, although the state average sits at just $322,000.

The best state to get paid as a physician in the New England area is Connecticut. The average yearly salary here is $323,000. However, the state features a mix of growth and decline.

The average salary in Tennessee mirrors that of Connecticut coming in at $323,000. The chicken in Nashville may be among the best in the country, but the city, along with every other metro area in the state, does not appear on the top ten list of highest physician compensation.

No cities here appear on the top ten lowest list either, so there seems to be a good balance throughout the state. Tennessee also has 13 high performing hospitals. This includes Vanderbilt University Medical Center, which boasts many top specialty fields.

Kentucky’s average salary comes in at $324,000. Despite the excellent pay, there are some issues in the state.

Louisville featured the biggest increase in the gender wage gap from 2017 to 2018, jumping 14%, the highest in the country. Per the report, female physicians here earn about 40% less, equating to a $154,077 salary difference. The state does have some top hospitals, but the gender wage gap here is undoubtedly real.

The Sunshine State is a great place to live for anyone, but especially physicians. Their average salary per year sits at $325,000. The volume of older adults that live here and need medical assistance year-round certainly drives up the demand for physicians.

Additionally, Jacksonville comes in as the 7th highest metro area for female physician salaries with a $296,143 average.

With an average salary of $326,000 and a lower than average cost of living, Arkansas serves as a great place for physicians to settle and practice.

The state is also home to the University of Arkansas for Medical Sciences. This hospital was named the best in the state and has a top-50 ENT department.

No personal income tax is required in Nevada, making it a destination for many. For physicians, this is especially true with a $329,000 average yearly salary. However, it is worth noting that Las Vegas is not the best place to practice.

Per the report, the desert ranks as the 6th lowest compensated metro area in the states with a $297,776 yearly average. The average for a female drops down to $241,268 as well.

Physicians here could be singing “Sweet Home Alabama” to the tune of a $330,000 average yearly salary. The cost of living here is also low, allowing physicians to make the most of their hard-earned money.

The University of Alabama at Birmingham boasts a nationally ranked hospital. UAB features a total of ten top-50 medical specialties, four of which are in the top-20. The gender wage gap here is also the smallest in the country at just a 9% difference.

Topping the list is the Sooner state, featuring a $337,000 average yearly salary for physicians. Living in Oklahoma is among the most affordable areas in the country as well.

The Oklahoma University Medical Center is among the best in the country, ranking first in adult specialty.

Several of the metro areas with the highest compensation average, such as New Orleans and Milwaukee, do not fall in the states on this list. Many of the places on this list, however, featured top medical schools and hospitals along with an affordable living cost. Using the report, along with their own research, will allow any physician to find the right place to live and practice.

If you are a physician, physician assistant or nurse practitioner looking for a job, TinkBird Healthcare Staffing can help you find a locum tenens or permanent healthcare position to fit your unique needs. Learn more about how Tinkbird can assist you with your healthcare career by contacting us. 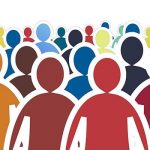 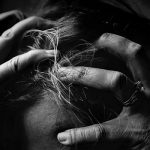